March 21, 2018 Warning:  this update is long as we have not sent anything in a while.  We pray you enjoy catching up on what we have been doing.  Thank you for your continued interest in our ministry and prayers for us here in Australia!

Mid November saw Megan attending the dedication of the Gospel of Mark in Dhuwa-Dhaŋu’mi.  This celebration brought together elders and leaders from four clans as books were distributed to people of all ages.  Continue to pray for the people of Yirrkala and surrounding homelands.  The Bible app with full audio was released shortly after the dedication. Pray that both resources are having impact among Dhuwa-Dhaŋu’mi speakers. 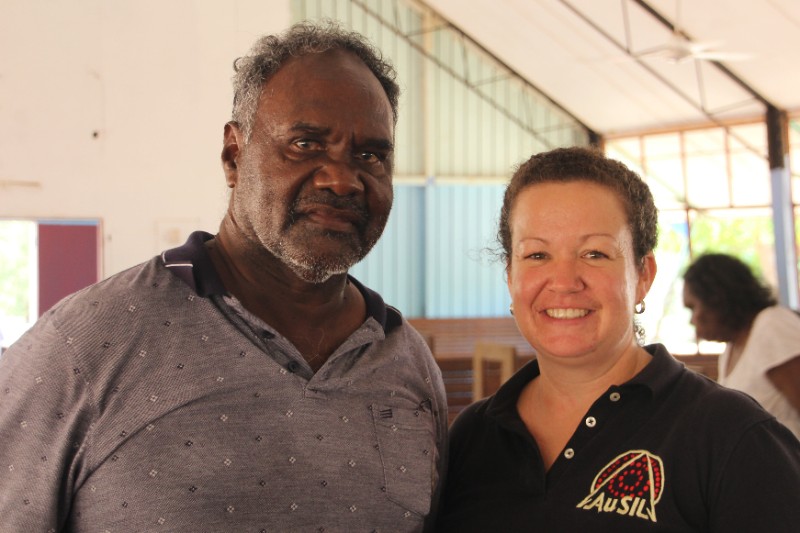 Click the photo above of Megan with mother tongue translator Djawuṯ, to see a video of images from the day of the dedication.

During much of December, Chris and Megan were holding down the fort at the office alone as many co-workers took some vacation time during the holidays.  Chris used this time to work on a variety of projects that needed focused attention.  Megan found herself several times sitting with Nyäluŋ to work on translation using the Adapt It program the branch is currently trialing.  Nyäluŋ served as the language expert while Megan was the typist and computer user. 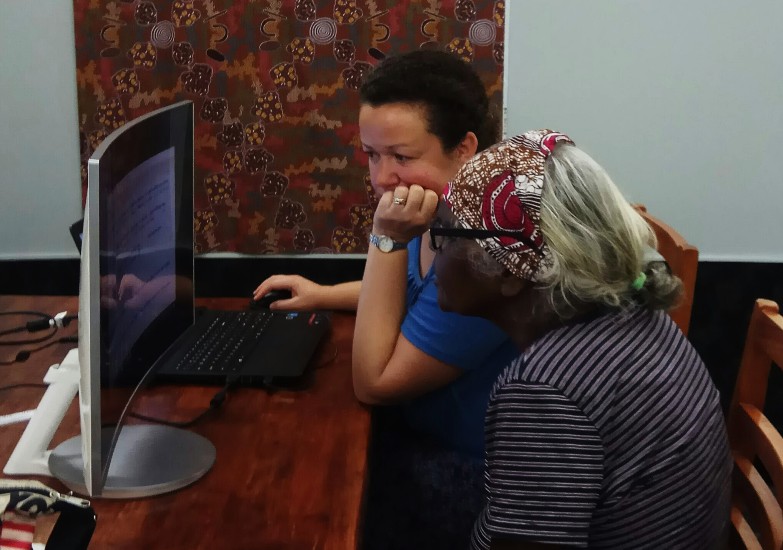 Helping Nyäluŋ use the Adapt It program to translate from Dhuwaya into Djapu.  Dhuwaya is a language of wider communication in her area of Arnhem Land, and Djapu is her clan language and mother tongue.  Nyäluŋ is fluent in both.

By mid December the kids were home from school on their summer/Christmas holiday.  We are still getting used to such warm Christmas days.  It is typical to see us swimming somewhere within a few days of December 25!January is typically a slower time in the office and we enjoyed being able to catch up on a variety of tasks.  Later in the month the pace of work picked up quickly as colleagues arrived back from the holidays.  The first day of school saw Clay entering in to the Middle School in grade 7, Garrett in grade 5, and Danielle starting grade 3. 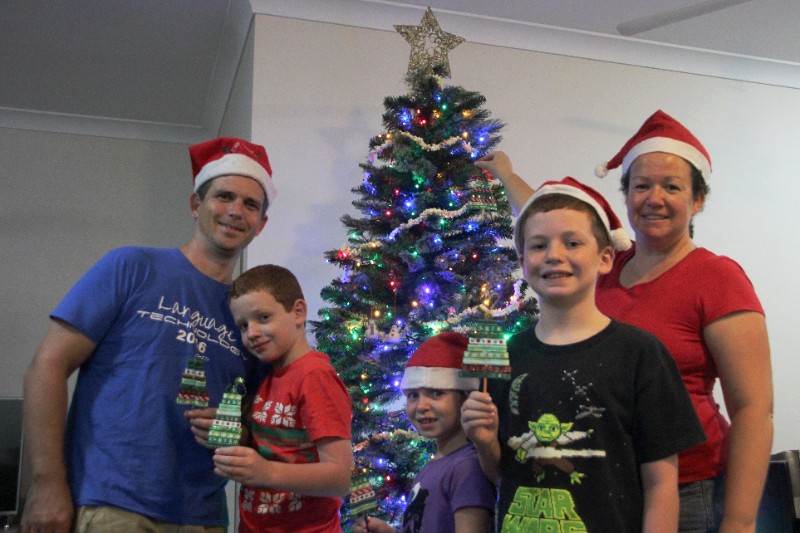 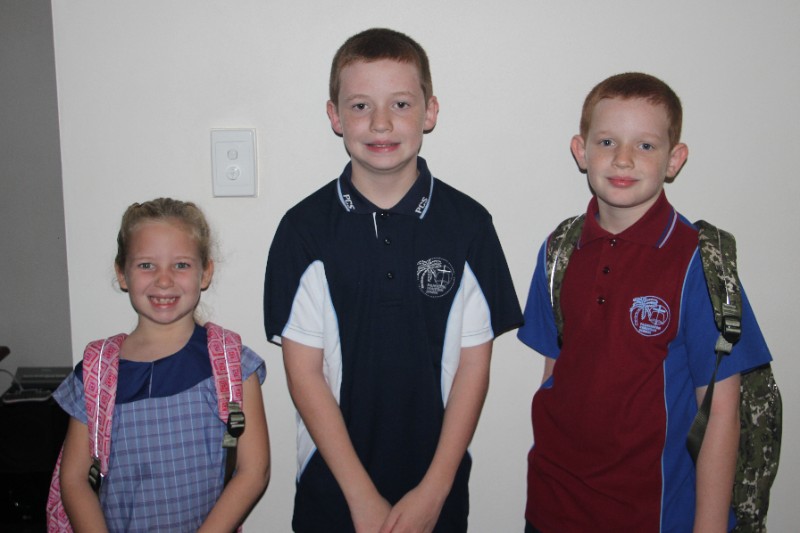 February – A Time for Travel:

During the first week of February, Megan took a short surprise trip to the USA!  She was there in time to celebrate with her family as her parents reached their 50th wedding anniversary.  She and her brother and sister-in-law had been working hard to put together a surprise anniversary party.  And her parents were completely shocked!  Both with the party and the surprise guest.  A special thank you to the wonderful friends and her parent’s church who insisted on covering the cost of her plane ticket. 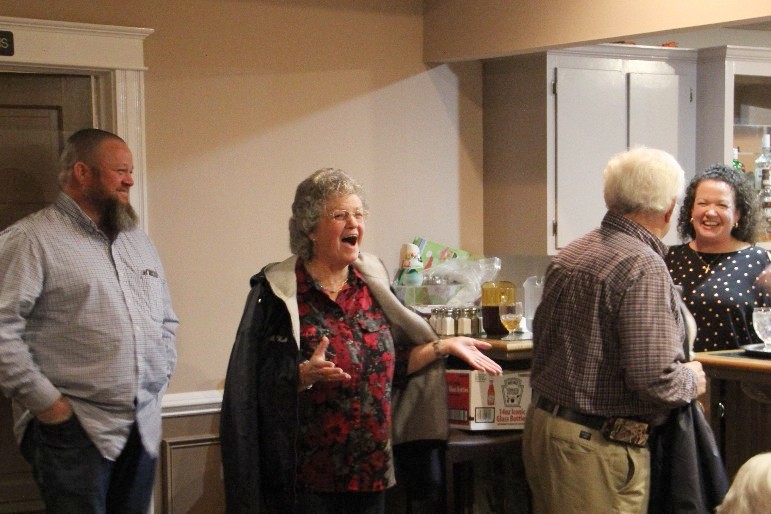 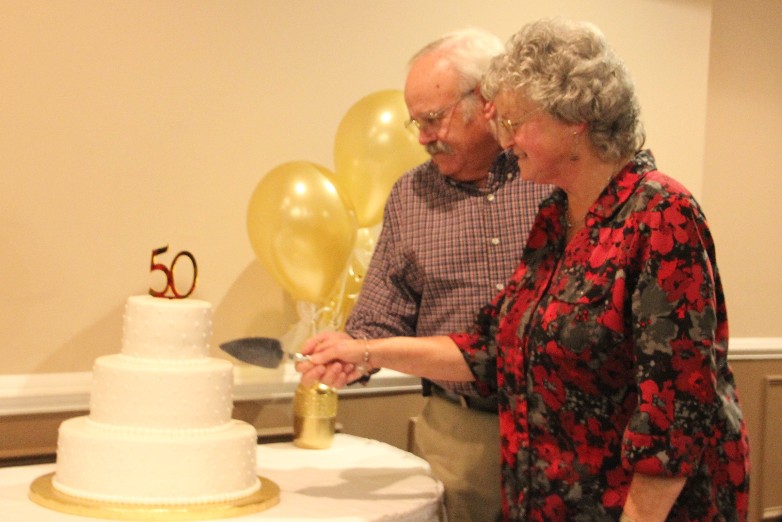 A week after Megan arrived back in Australia, it was time for Chris to take a trip.  He spent nearly two weeks visiting our Kupang, Indonesia office to work on some IT networking issues and also to meet with two new potential IT interns to be trained for the Timor area.

In our Kupang, Indonesia office, there were three Scripture dedications in December. These were not full Bibles but the first book (Mark) for these languages. Since the dedication, the three languages continue to progress quickly as one of them has completed drafting Acts!

Another new cluster project (for more than one language) has also begun work this year in this area of the world.  Drafting on Mark is nearly complete for the first of those languages.  Meanwhile, another three languages are doing their final read throughs of the entire New Testament to prepare for publication. 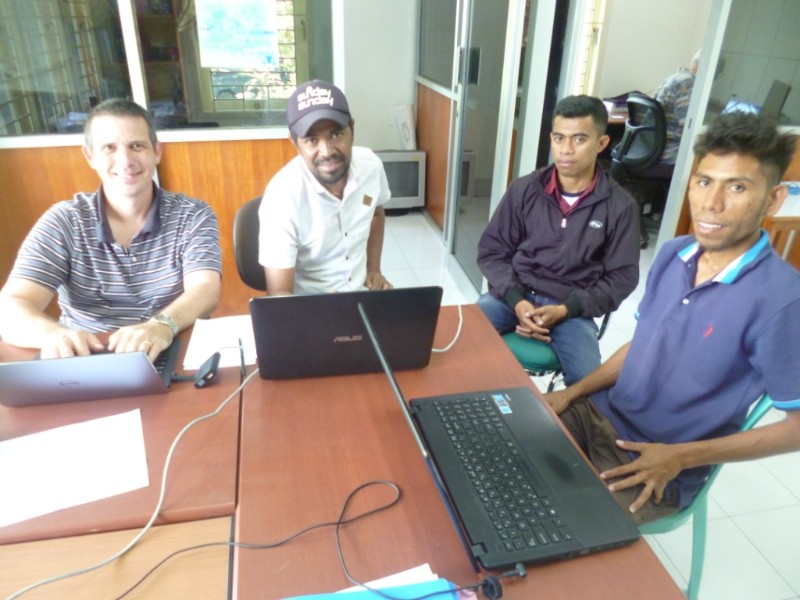 With Dhuwaya having completed the translation of the Easter story from Mark earlier this year, March has been focused on creating some Easter materials to be shared with people around the Yirrkala community.  While part of our team did the audio recording for those three chapters and created a Scripture app with the audio, Megan worked on creating print books that could be distributed through the schools and church.  Please play for our teammates Mike and Lynette and Nyäluŋ as they travel to Yirrkala between Palm Sunday and Easter to help distribute the materials in time for the holiday.Chris has spent much of the past month working on a website for our office in Kupang.  We have many Scripture and language resources for that part of the world that had previously not been posted digitally.  Building a website is a new skill for Chris, but it is coming along pretty nicely.  The page is live while under construction, so check it out!  www.e-ubb.orgOn Sunday, March 18, Chris departs for a two week trip to Thailand where he will attend a conference with AT on using technology to distribute Scripture materials.  This is a great time for networking with other ministry organizations and for getting new ideas on how technology can impact the work we do both in Australia and Timor.

Megan was visiting with a friend one day when her son came up and said he was looking for his marbles.  Megan grabbed him up and asked him if he had “lost his marbles”.  As she asked him if he understood the meaning of that expression, his mum chimed in with the Australian equivalent, explaining that here in Australia, somebody might be considered as having “a few roos loose in the top paddock”!